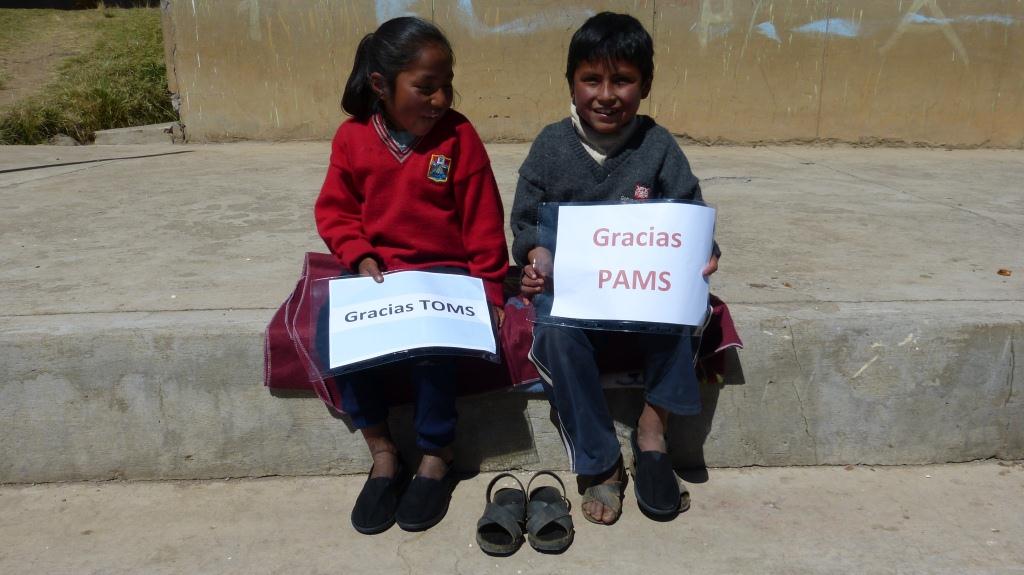 TOMS shoes are a hit in Pisac!

It’s not often these days that we think of clothing companies doing anything to help others, but TOMS Shoes is different.  Through their “one-for-one” campaign, TOMS helps children throughout the world, through the simple act of giving shoes. Every time a pair of shoes is bought commercially, TOMS donates a pair to a disadvantaged child, through a local partner organisation.   The Hummingbird Collective was contacted by the Peruvian American Medical Society (PAMS) – TOMS’ giving partner in Peru – and was asked to help to distribute a donation throughout the Sacred Valley.  On Friday 12th May, the first four boxes of shoes were taken up to the communities of Cuyo Chico, Cuyo Grande and Chahuaytire, nestled in the mountains behind Pisac.  The shoes were distributed according to size, to children in the schools of these three towns.  For many of these children, their new TOMS shoes replace their traditional “ojotas”, rudimentary sandals made out of old car tyres.   Through directed giving campaigns such as these, the small things can really make a difference. 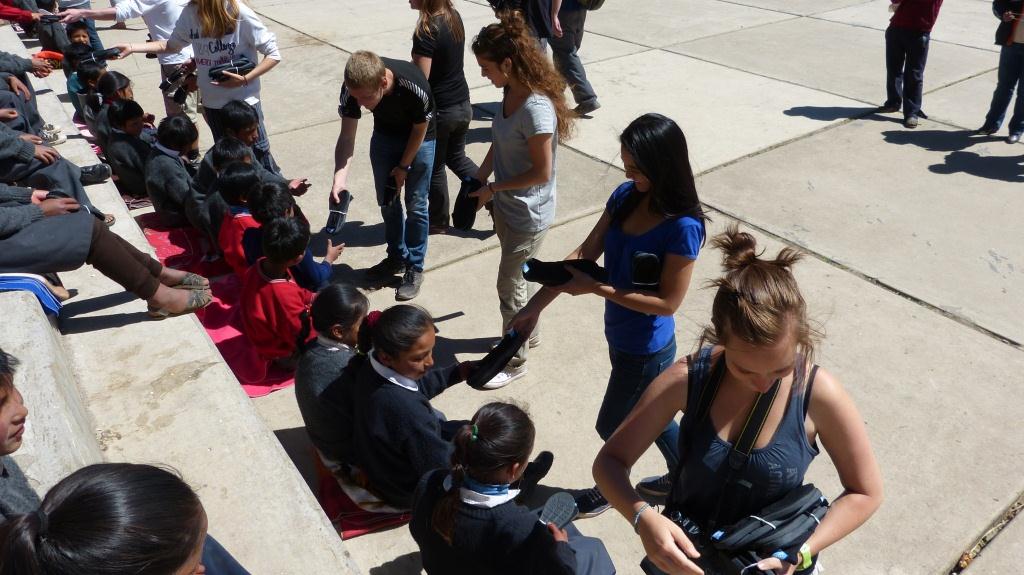 Handing out TOMS to school children 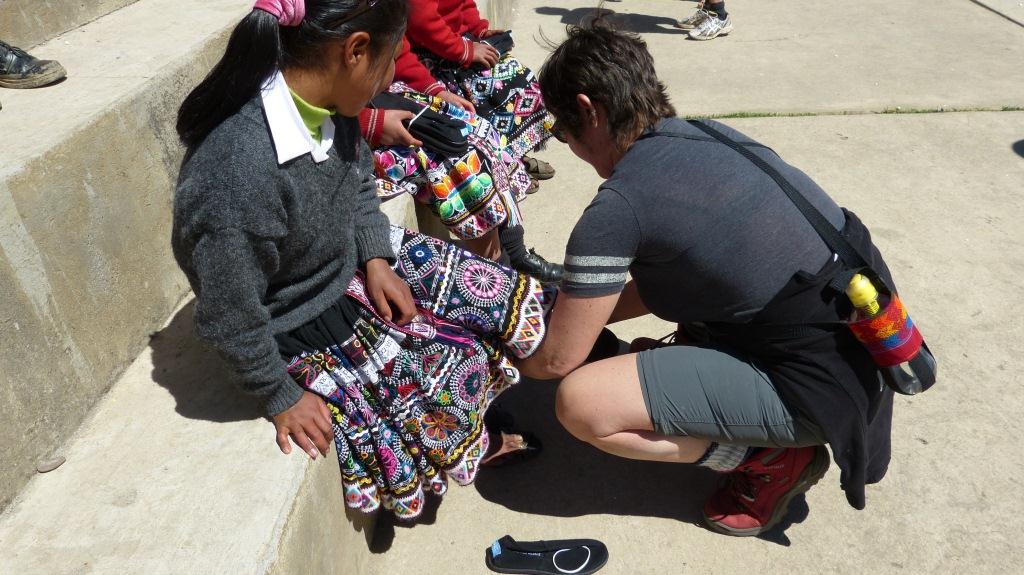